THE NEW LIBRARY IS NOW OPEN!

Thank you for your interest in Farmville Public Library's new facility - we're excited you're here! The new Farmville Public Library facility is now open for service. We invite you to tour the facility and to take advantage of the plethora of services and opportunities that are available. While the new library facility is open for service, the capital campaign is ongoing with naming rights and giving levels still available. Please contact Angie Bates, Library Director, at abates@farmvillenc.gov or call (252) 753-3355 for more information. 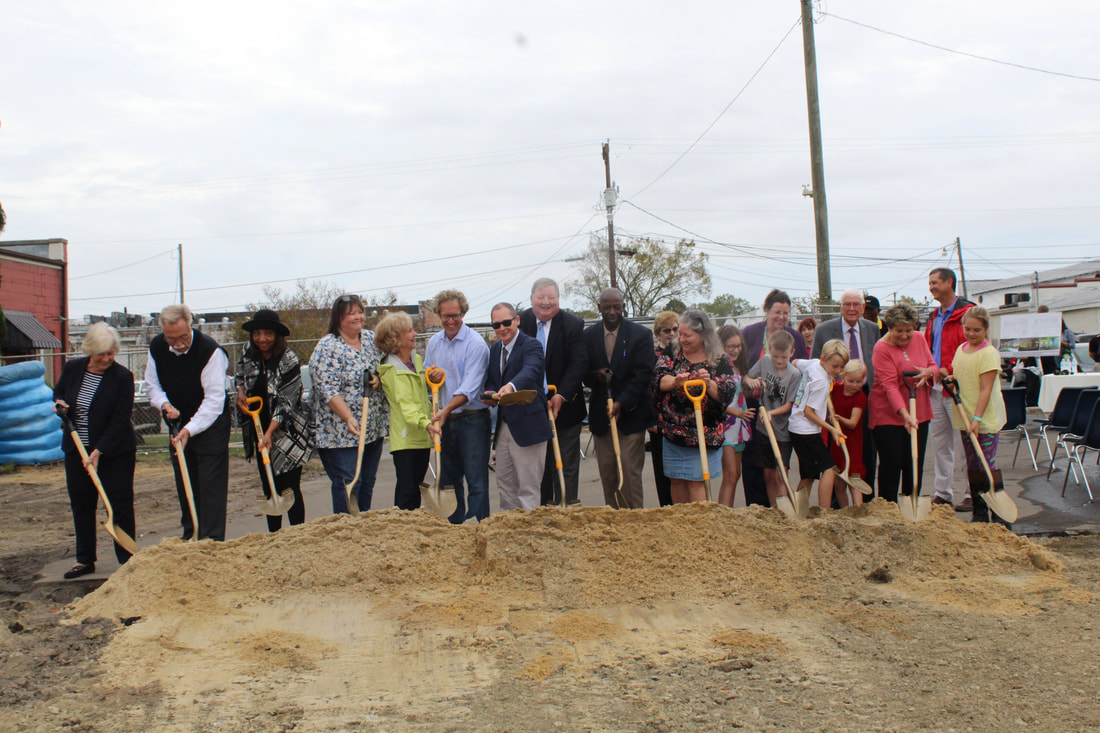 ​1930 – Farmville’s first library begins operation with assistance of local Woman’s Club.
May 11, 1954 – Library building opens in current location with the assistance and vision of Elizabeth Davis.
1997 – Renovation and expansion to existing facility.

2017
February -  Details from library’s Space Needs Assessment presented at Town of Farmville’s annual retreat, which was followed by unanimous approval and support to seek architectural services for a renovation and expansion.
June - Smith Sinnett Architecture selected to lead renovation and expansion project after a detailed interview and selection process, with unanimous support of the selection committee, the Library Board of Trustees, and the Board of Commissioners.
August – Ross Linden Engineers complete structural assessment of library facility.
September – McDavid Associates, Inc. complete survey of library’s property.
October – Terracon Consultants, Inc. complete geotechnical work around and on library’s footprint.

Why did you build a new library instead of renovating and expanding the former facility?
The original intent of this facility project was to expand and renovate the existing facility.  This request was approved in February 2017 and Smith Sinnett Architecture was selected after a thorough interview process to help the library with this effort. However, once structural engineers and soil scientists began their inspection, issues with the facility and foundation were identified.

Ross Linden Engineering determined that the second floor was not built to withstand the current weight it is currently lifting, which helps explain the second floor’s dipping in various spots and the persistent creaking that can be heard when children and adults walk on it. Ross Linden Engineering also identified the need for jacking and straightening of the walls, as well as leveling the floors, due to settling.

Terracon Consultants, Inc. discovered soft wet clay and building debris in the soil underneath the library facility, which also helps explain the settlement that has occurred.  These findings are also consistent with historical research that documents that a previous structure was located where the library now stands; a feed storage building.  In order to stabilize the building for renovation, Terracon Consultants, Inc. recommended that the existing building foundation be repaired using helical piers.  If the building is replaced, the debris laden soil in the footprint of the new building should be removed and replaced with structural fill.   His research also found that the 1997 renovation and addition posed construction problems due to the original building being unlevel.

These known issues that required attention before a renovation and expansion could begin, their increasing costs, and the uncertainty of potential issues that would only present themselves once a renovation and expansion would commence, were presented to the Town Board of Commissioners in January 2018, then once again in February 2018 immediately followed by a public hearing for community input.  The Town Board of Commissioners then voted unanimously to proceed with new construction.  Construction of the new facility began in October 2019.

Who are the architects who led the library's new construction project?
Smith Sinnett Architecture was selected after a detailed interview and selection process in June 2017.  Drew Wilgus, AIA, LEED AP is the Project Architect and and Rhonda Angerio, AIA is the Principal in Charge.  Smith Sinnett Architecture was founded in 1976 and is a certified Historically Underutilized Business (HUB), as well as a woman owned business.

Who can I talk to about the library's facility project?
Questions, comments or concerns may be directed to:
​
Angie Bates, Library Director – abates@farmvillenc.gov
David Hodgkins, Town Manager – dhodgkins@farmvillenc.gov